Are There Alternatives to Air Conditioning in Santa Rosa?

Santa Rosa becomes hot during the year’s warmest months, reaching highs of more than a hundred and seven degrees. When temperatures rise in such a way, residents often put a significant amount of energy into staying cool. However, some people worry that running their air conditioning in Santa Rosa will drive their utility bills through the roof, and many wonder if there aren’t more cost-effective ways to stay comfortable throughout hot periods. In the following article, we’ll look at some of the other ideas people in Santa Rosa have to ensure a quality heating and cooling experience without raising their costs to levels as extreme as the weather outside. 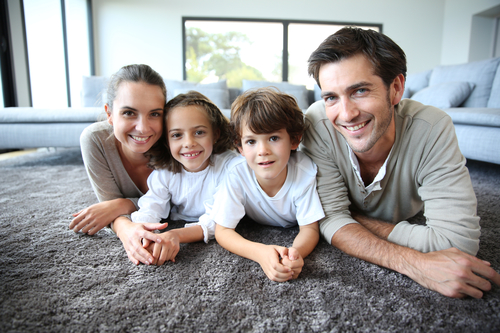 Strategic Use of Windows

It might sound much too simple, but many people in Santa Rosa try to reduce their reliance on air conditioning by making good use of their windows. Before you start throwing open shutters all over your home though, you’ll want to think ahead a little. Opening windows is unlikely to have a cooling effect on your home unless there’s wind blowing directly into a windowed wall of your home. If there is, you’re in luck—just open that window and, if possible, another one on the other side of the room to create a cross-breeze. If you have a skylight, you can achieve a similar effect, by opening it to pull air up and out, resulting in continuous air circulation. If your Santa Rosa home isn’t in a windy area though, this option might not be the most useful for you.

Avoiding Appliances that Cause Heat Buildup

Running the oven often when the weather gets warm is a surefire way to increase the temperature in your home to uncomfortable levels. The oven isn’t unique that way, many appliances create heat that becomes trapped in the air of your house, which can cause the interior to be even hotter than the blistering sunlight outside. To avoid this, try using a slow cooker instead of a stove, or grilling outside. You might also avoid using your hair dryer in favor of a towel for a while if you can. Still, while reducing your use of heat-generating appliances can stop your home from becoming even hotter, it won’t exactly lower your indoor temperature. This is a good preventative measure, but it won’t be enough to replace your air conditioning entirely.

Cooling the Inhabitants Instead of the Building

Another strategy is to change your approach entirely—instead of trying to make your home cooler, why not just cool yourself down instead? Many Santa Rosa residents already make a habit of enjoying cold drinks and ice cream in the summertime, but is this a viable alternative to air conditioning?

There is actual evidence that consuming cold food and beverages in exceptionally warm weather can have the opposite effect. When you introduce cold substances into the stomach, your body creates extra heat to break them down. If those substances are calorie-laden, even more energy must be produced, leading to a temperature increase. Unfortunately, this means none of us will be able to replace our HVACs with regular trips to Baskin-Robbins anytime soon.

Playing in cool water, on the other hand, does provide a viable way to beat the heat. The only problem here occurs when you weigh the costs of maintaining a swimming pool or taking multiple cold showers a day against running your air conditioner. In Santa Rosa, water rates have been rising for a while, so this probably isn’t the best way to compensate for lower AC usage.

Getting More Mileage Out of Your HVAC

Maybe the question isn’t how to find a new way to stay cool. Maybe the real question is how to use your existing air conditioner more efficiently. We’ve covered this topic extensively in previous posts, but to put it simply: many Santa Rosa residents could be spending a lot less to get a lot more out of their HVACs. Changing your air filters regularly, keeping twigs and debris away from your outdoor units, and hiring an HVAC tech to check your system out annually for refrigerant leaks or other common issues can make your system much more cost-effective, reducing your energy costs by as much as 40%. This can turn your HVAC from a system you can’t afford to use into a budget-friendly way to keep cool.

There are plenty of things you can try to beat the heat in Santa Rosa, but slight modifications to old solutions are often better than attempting to reinvent the wheel. Before you start downing cold soda by the gallon or spending all day in the shower, it might be a good idea to revisit your air conditioner and see if a little TLC won’t help it work harder for you.  Contact us for more information.