What Does Btu Stand for in AC

What Does Btu mean in AC? 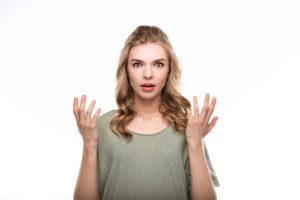 Most people enjoy their air conditioners, and they understand that they’re a necessary part of staying comfortable during periods of exceedingly hot weather. However, when it comes to terminology, many people are somewhat confused about specific expressions. It can feel as if your HVAC technician is speaking a different language at times, which can be somewhat nerve wracking for clients. If you want to make sure you’re always in the loop during an installation, inspection, service call, or repair, then you’ll want to learn about some of the most commonly used terms in the AC world. You’ll probably want to start with Btu or British thermal units.

Why the Btu Measurement Applies to Air Conditioning

The British thermal unit definition has been around for a long time. In fact, it has been around for much longer than air conditioning itself. Some people are confused by this fact. If the units used most commonly in air conditioning technology predate that technology, how can they possibly apply to it? Also, what’s with the word “thermal”? Doesn’t that apply to heat? Aren’t we talking about cooling technology here?

Don’t worry. There’s a good reason that Btu applies to the air conditioning world, but it might not be obvious at first glance. To make things clearer, we’ll have to go back in time and look at the origins of the term. While it isn’t possible to pinpoint the very first use of Btu, it’s still useful to look at the period when it first came to prominence, and how the various industries it affected most relate to modern day air conditioning. That might sound slightly arcane, but I promise—we have good reason to go into so much detail.

Btu appears in common usage towards the end of the 1800s. When it does show up, it’s used mainly by people who work in thermodynamics—the science of heat energy. The interesting thing about this is that people have been aware of heat energy in some capacity or another long before Btu existed. Not only had human beings harnessed the power of fire for thousands upon thousands of years, but they had even used heat in fairly complicated ways. The early 18th century saw the use of railroads and steamships by the British Empire, which were used to spread their influence throughout most of the known world.

So, why is that interesting? Simple: before Btu, there existed very few ways to measure heat energy accurately. In fact, most heating calculations were performed by simple guesswork. Does that alarm you? It should. Think about something like a steam engine for a second, and then imagine the science behind it being done with rough estimates. Want to know how many steam engines exploded in the early 1800s? You probably don’t, because there were many.

Before Btu, the use of thermal energy wasn’t just imprecise—it was ridiculously unsafe. If you’re having trouble grasping just how vague the measurements involved in this kind of science were, consider this: the term unit doesn’t even appear in scientific literature about heating tech until the 1850s, when it appeared in Appleton’s Dictionary of Mechanics.

In 1885, terms such as “thermal units” and “units of heat” started to enter widespread usage, but it wasn’t until 1897 that Btu was commonly used in the engineering community. However, the difference they made when they finally were commonly used was profound. What’s important to understand is that unlike the metrics that came before it, Btu is extremely specific. For most of the term’s history, a single Btu was defined as the amount of heat needed to raise the temperature of one pound of water by a single degree Fahrenheit. The only variable that could affect the accuracy of this equation was the temperature of the water. However, different definitions of the water temperature to be used in such calculations only account for a difference of 0.5% in various Btu calculations—which means that Btu have always remained a great deal more precise than previous methods.

Hold on a second; you’re probably thinking—how does any of this relate to air conditioning? Simple: the first applications for Btu were in appliances that used pressure and heat to change the states of various substances. That’s the fundamental principle behind a steam engine or steam turbine, but it’s also a principle that plays a vital role in—you guessed it—air conditioning. What most people don’t realize about air conditioning is that it doesn’t blow cool air into your home from the outside. Instead, it uses heat and pressure to change the coolant in your system between liquid and gas forms, and these chemical reactions either take the heat out of or add heat into the air already in your home.

Because air conditioners function according to these principles, there exists a relationship between the thermal energy your system uses and the amount of space it is capable of cooling. Learning about this relationship can help you choose a cooling system that uses energy efficiently when cooling your building, and prevents you from spending too much money on your monthly utility bills. The takeaway here is clear: choosing an air conditioner with the proper Btu rating is essential for purchasing a practical and economically viable air conditioner.

Over time, HVAC technicians have worked out a chart that lays out the general sizing requirements of air conditioners. According to this chart, a Btu rating of 5,000 should be adequate to cool an indoor area of 100 square feet. If the relationship between Btu ratings and square footage were proportionate, the constant k would be equal to 50. However, looking further down the chart, we can see that a rating of 6,000 is needed to cool an area of 150 square feet. Using the same equation, k would equal 40. Clearly, the relationship is not proportionate. The matter may be complicated even further by the process of other variables.

Factors that can Influence the Btu Calculation Process

Most charts that outline Btu ratings for individual spaces do so under certain assumptions. For starters, they may assume that each room calculated always contains a specific number of occupants, or has a certain number of windows installed in it. They may make similar assumptions for the presence of insulation, or the amount of natural sunlight that enters the room. The point is that these “average” conditions are unlikely to be replicated exactly anywhere in the real world. Those aren’t even the only things a person sizing an air conditioner will consider. In fact, they’re just the beginning.

Windows are one thing, but what about the direction in which they’re facing? If your space has windows that face due north or towards the northeast, you’ll have to subtract about ten percent from your system’s estimated required cooling capacity. It’s the same for rooms that are very shaded. You’ll have to add the same amount for south or southwest facing rooms, or those that are prone to excessive sunlight. Then there’s a 15 percent addition for spaces with sub-par insulation, net Btu rating increases for features such as kitchens, and adjustments based on the number of people who regularly occupy the space in question. If all that is starting to sound like an insane amount of information, that’s because it is.

Here’s what that means, for those of you who are a bit thrown off by all the acronyms: air conditioners with higher cooling capacities aren’t necessarily less efficient. In fact, relatively modern technology allows even air conditioners for large spaces to carry strong EERs. The better the EER on your air conditioner is, the more money you’ll save when you use it (relative to models with EERs that aren’t as good). Look for a Btu rating when sizing your air conditioner (or at least make sure your technician does), but look for a high EER when you’re deciding on the cooling system you want. The result could save you a lot of money eventually.

How Likely is Btu to be Replaced in the Future?

Btu has been a staple of American air conditioning lingo for most of the last century, and it doesn’t appear to be going anywhere. However, it’s worth noting that the term isn’t that widely used outside the United States anymore. In fact, the UK doesn’t even use the phrase anymore—and that’s where it originated! A couple of other English-speaking countries that use the metric system still use Btu (like Canada), but it’s mostly exclusive to the air conditioning industry. Still, it looks like Btu will endure for as long as people continue to need cooler air in their homes.