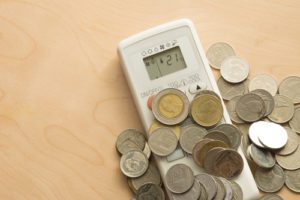 Here’s the paradox of air conditioning: everybody wants the convenience of climate control when the weather gets hot, but nobody wants the expense of repairing their system. That’s because people often assume that HVAC repair will be wildly expensive, even when that’s not necessarily true. The fact is, sonoma county air conditioning repair can cost a lot—but it doesn’t always have to. In fact, if you’re careful about the way you choose to approach repairs on your AC, you might find that it’s quite affordable to maintain after all.

Many people make their HVAC repairs more expensive by leaving them until the situation is dire. While this lowers the number of times you’ll need to call a service technician; it may result in the costs of your repairs being much higher. This is because many common problems with HVAC systems tend to become worse the longer they’re left untreated, and in some cases, can cause damage to other parts of the unit. As a result, it is often cheaper, in the long run, to call a technician more often for minor problems, before they have a chance to get out of hand.

Let’s look at some example of minor fixes that can become major inconveniences over time without proactive repairs. The first such issue is refrigerant leakage. Many people incorrectly assume that refrigerant leaks can simply be “topped up” by adding fluid to the system instead of calling a technician to repair the broken hoses. However, too much leakage can threaten your air conditioner’s compressor, which is a much costlier issue to fix. For this reason, it’s never a smart move to let refrigerant continue leaking while you use your system. If you suspect a leak, the best choice is to call a service technician right away. They’ll use a variety of tools to investigate, such as refrigerant dyes or electronic detectors.

Once the leak has been confirmed, several approaches may be taken to fix it. If the leak is coming from your HVAC system’s service valve, the valve needs replacement. Refrigerant lines, on the other hand, can often be re-soldered, or the damaged parts can be cut out and supplanted with new material. The crucial thing is not to let the leak reach the point where it affects your compressor, as these are much harder to repair. Such a task could cost as much as $2000—more than twice as much as fixing damaged lines and topping up the refrigerant in your system.

Another easy way to avoid major overhauls of your HVAC system is to perform regular maintenance designed to help it run more efficiently. HVAC efficiency isn’t just the best way to lower your utility bills and stay cool at the same time; it’s also essential for the wellbeing of your unit. Many people don’t realize that an air conditioner that works too hard is likely to damage itself, wearing out some of its most useful (and expensive) components.

Making sure that air can flow freely through your unit is crucial to making sure it can operate safely. If insufficient air travels through the unit, ice buildup may occur, which can freeze your entire system. It’s best not to let it get to that point, so try to prevent conditions that could block the airflow in your unit. Make sure to change your filters often, and pour a single cup of water mixed with bleach down your condensate drain annually to destroy any bacteria forming inside. If it’s already too late for that, and you can see the ice forming around your unit, call a technician right away. The costs of a timely repair can be well worth it to prevent yourself from needing to replace an entire frozen system.

The same goes for water around the unit. While you might be inclined to take heart at the sight of water (“at least it’s not ice!”), remember that your HVAC is made up primarily of electrical components, and that nearby water could quickly put them out of commission. Furthermore, it may culminate in dangerous mold buildup, or become a slipping risk.

All things considered, it’s best to perform routine preventative maintenance on your HVAC on a regular basis, while calling in a service technician at least once a year to run a checkup for major issues. If you spot obvious problems like ice buildup or leaks of any kind before a regularly scheduled service call, don’t be shy—picking up the phone sooner will only save you from extensive and costly repairs in the long run. Remember, an ounce of prevention is worth a pound of cure—or several thousands of dollars’ worth. Take good care of your HVAC though, and you’ll find that you rarely need to reach that deeply into your pockets for it.  Contact us for more information.