Commercial facilities have their own unique needs when it comes to effective climate control. As such, business owners and facility managers have a pressing responsibility to understand the different options available to them when they are seeking out heating and cooling systems that will keep their staff and visitors comfortable. Below, we’ll go into detail about some of the most common types of commercial air conditioning systems used throughout the United States and explain the pros and cons of each. Hopefully, you can use this information to make intelligent choices about the next commercial cooling system you purchase, so that you can make consistent and cost-effective use of it for years to come. 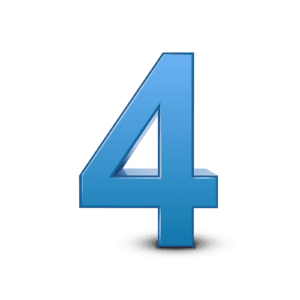 The following four types of commercial air conditioning systems are some of the most widely sought-after within the United States. Each of them works best under certain circumstances, so make sure you think about the kind of commercial facility you run and select an air conditioner that will be appropriate for the space.

Duct-free split system air conditioners employ the same basic technology as the split systems found in standard HVAC systems — with one important difference. Whereas other split systems use ducts to move treated air into rooms throughout a building, duct-free systems must be placed directly in the rooms they are intended to cool (which means these rooms need to have an outside-facing wall. The blower in a duct-free split system is contained in the indoor unit itself, which allows it to blow treated cool air into the room. However, the size and visual presence of these systems can make them impractical for customer-facing businesses since they tend to be noisy and obtrusive. They are a far better fit for workshops and other open areas where most of the work is done in a single room, and an upscale atmosphere is not required for visiting customers.

Packaged system air conditioners contain all of the major components of an air conditioner in the same general area. Split systems hold the compressor and condenser coils in the outdoor unit, whereas the evaporator is kept inside to absorb heat from the indoor air. In a packaged system, these components are all kept in a box that sits against an outside wall of the building. As such, packaged AC systems are much less visually obtrusive to people on the inside of your building — though they can certainly present an eyesore to those who are looking at your business from the outside. For this reason, most packaged air conditioners used in commercial work are located on the rooftop of the buildings where they are installed, or against a wall that does not face in the direction that most visitors will be coming from when they enter the building.

Standard ducted air conditioners possess an indoor unit, an outdoor unit, and a series of ducts that move treated air into the rooms where it is needed. In addition to the care required for other system types, ducted split system owners should arrange to have professionals visit and clean their ducts on a yearly basis — which prevents unwanted matter from building up to the point where it can compromise air quality or impede flow. However, ducted split systems also tend to be among the most energy-efficient system types for large spaces, as they provide even cooling in every vented room when properly maintained.

Does your commercial business need to provide a certain aesthetic for sophisticated clients, or is it a utilitarian space where atmosphere comes second to the work being done? Is it a large space that requires even cooling throughout, or a small one with no room for ducts? Answering these questions will help you determine the types of commercial air conditioning systems that will be viable options for you. Contact a licensed professional for additional information on installing and caring for these various system types.