What Does Btu Stand for in Heaters?

What does Btu Measure in Heaters? 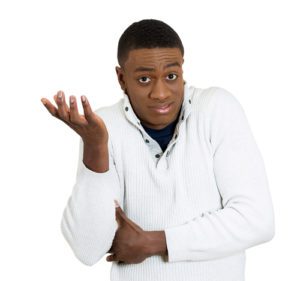 Those of you who have central heating technology in your home no doubt have a vested interest in making sure it’s always working correctly. Perhaps you’ve taken pains to hire service technicians who take pride in their work, or maybe you’re diligent about performing simple preventative maintenance on your heater by yourself. Ideally, you should be doing both—but there are other things you can do to empower yourself even more. If you want to feel confident about dealing with your heater, you’ll want to look into the science of how it functions. To do that, you’ll have to learn some terminology—for example what Btu stands for in heaters.

It’s quite possible that you’ve already heard the term Btu thrown around during routine service calls. You may have even noticed it in use on certain websites, especially if you’ve been crawling forums to try picking up advice from service professionals. However, if you’re new to owning a heater or less than comfortable with its inner workings, all that technical talk can be a lot to handle. You may find the meaning of the literature you find hard to parse out because you’re having a difficult time defining relevant terms.

Well, worry no longer. We’re here to help you understand everything you need to know about Btu as it applies to heating technology. By the time you’ve finished reading this guide, you’ll understand practically everything there is to know about the term, where it came from, how it’s used in current heating technology, and much more. You might find that by the end, you know more about Btu than most of the people around you—unless, of course, they happen to be qualified HVAC service technicians.

How Btu Applies to Heating Technology

Heating technology isn’t new. In fact, heating technology technically predates the start of recorded history, since people have been using fire to warm themselves for far longer than they’ve been using written language. However, the development of heating technology has increased exponentially as humanity refined the science behind heat. Many of the most significant developments occurred quite recently in the grand scheme of things, as the ability to measure heat created incredible applications for it.

To fully understand, we’ll have to go all the way back to Victorian-era England. That might seem a bit extreme, but it’s an important step to take if you want to be fully aware of the meaning behind Btu. An examination of the era when Btu first entered mainstream science can help us gain a proper understanding of just how revolutionary they were in moving heating technology forward and putting us on the road to enjoying modern conveniences such as furnaces.

Furnaces definitely weren’t used before the late 19th century, unless you count the Franklin Stove. The Franklin Stove was an extremely basic invention, which graced the world in the early 1740s. Franklin Stoves weren’t anything special—they were just fireplaces lined with metal that had an opening near the back to let the heat from the conflagration out into the room. This was crudely effective, certainly not very sophisticated. However, scientific knowledge at the time didn’t support anything else.

The reason Franklin Stoves were the best that the 1700s had to offer is that nobody paid much attention to measuring heat until over a hundred years later. It wasn’t until the 1850s that people even used the term “unit” in scientific writings related to the use of thermal energy. However, once the idea that heat could be measured in specific units caught on, thermal energy became a popular topic for study. The science of thermodynamics took off during the late 18th century, and an abundance of literature on the subject began to proliferate. By the late 1880s, thermodynamic scientists such as William John Macquorn Rankine were using the terms “units of heat” and “thermal units.” Just over a decade later, Btu caught on with British engineers.

It’s not known exactly who coined the term, but that isn’t exactly important (sorry, forgotten genius). What is important is that the world finally had a specific way to measure heat energy. There was initially some quibbling as to what exactly a Btu was, but science finally settled on a universal definition, which has been pretty popular ever since. A single British thermal unit is equal to the amount of heat energy needed to measure a pound of liquid water at its highest density by a single degree Fahrenheit. The precision that this new measurement afforded was instrumental to inventors, who quickly realized that they could harness heat energy in hitherto unprecedented ways. Steam powered technology suddenly became a great deal more powerful, not to mention much safer.

It’s almost unfathomable to think about steam technology before Btu because the science behind it was insanely imprecise. Imagine a bunch of people working around boilers and engines that had been cobbled together on little more than what amounts to guesswork by modern standards. Explosions were all too common—such as that of the SS Sultana in 1865, a tragedy that claimed more lives than the sinking of the Titanic.

However, once Btu enabled this technology to become safer and more efficient, numerous avenues opened up for the invention, production, and sale of related commercial appliances. You might not think that a furnace has much in common with a steam engine, but you would be wrong. Both technologies involve adding heat to air to change its behavior, and that heat is measured in Btu.

Calculating the Heat Required to Warm an Internal Space

Measuring the heat energy produced by your furnace is an incredibly important part of making sure your heating system is efficient. A furnace that produces too many Btu for the space in which you live will use more power than you need, and you’ll end up paying for it when your monthly utility bills arrive. On the other hand, a furnace that doesn’t produce enough Btu will fail to heat your space adequately and may damage itself by working too hard.

The process of making sure your furnace produces the proper number of Btu per hour for your space is called sizing. You might have heard people talk about sizing a furnace before, and assumed that it had something to do with the physical dimensions of the furnace itself. Not true—furnace sizing is all about matching the Btu rating of a furnace to a home of a given size.

Don’t try it. That example only works in a magic world where the relationship between Btu and square footage is proportionate and unaffected by any other variables. In reality, neither is the case. For that reason, HVAC technicians have to use a complicated formula called a Manual J load calculation.

Manual J load calculations are extremely complicated, and they’re something of a trade secret amongst licensed contractors. That isn’t because furnace technicians are trying to prevent good people from saving their hard-earned money. It’s actually because doing a Manual J correctly is truly complex, and mistakes can be costly. Contractors want to prevent people from making errors that could damage their infrastructure and burden them with costly repairs. You think you dislike paying for service now? Imagine having to replace your entire furnace. By not encouraging you to experiment with load calculation on your own, trained service technicians are probably doing you a huge favor.

To understand this better, it’s worth looking into some of the variables involved in such a problem. While the actual formula for a Manual J is difficult to find, the ingredients are common knowledge. Calculating a Manual J load starts with considering the construction of your home. A contractor will take insulation levels into account, as well as the number of windows in your space (and even the direction in which they face because natural sunlight can affect the outcome). Room size is another variable at play here, along with your existing duct system. It’s a long, involved process that should only be carried out by licensed HVAC professionals. As a consumer, you shouldn’t worry about performing these calculations yourself. Instead, you should simply make sure that your contractor is experienced in doing them, and that they apply their knowledge to sizing your furnace.

Those of you who are worried that you might need a furnace with a high Btu rating for your home can relax. Just because your furnace needs to have a high Btu rating doesn’t mean it’s going to be inefficient. Efficiency is measured by another standard: AFUE, or Annual Fuel-Utilization Efficiency. A higher AFUE means your furnace will be better at turning gas into heat and signifies the potential for greater savings over its lifetime. New technology has allowed for the production of high-efficiency furnaces with desirable AFUEs, which can lower your furnace’s power consumption considerably and help you heat even large spaces without spending too much.

The Future and Survival of Btu in Heating

Btu isn’t used anymore with the exception of heating and cooling calculations , at least not in most countries. The British have moved on to Joules, as have most other countries. A few metric-using English-speaking nations such as Canada still use Btu, but only when it comes to furnaces and air conditioners. Other than that, America is pretty well on her own. However, that’s not to say that Btu is going anywhere. The US is a country with 350 million people, and most of them use heaters to stay comfortable when the temperature drops. Make sure you keep your knowledge of Btu fresh for the next time a contractor visits your home.