How does an HVAC system work ?

Have you ever wondered to yourself: “how does an HVAC system work?” You’re not the only one who has. In fact, most HVAC owners across the United States wish they knew more about how these complex machines function. After all, a little HVAC knowledge can help you become much more adept at keeping your system energy efficient and avoiding breakdowns. That said, you don’t want to overwhelm yourself with too many details in the beginning. In fact, it’s probably best if you learn the basics first so that you have a stable foundation on which to continue building knowledge.

We’re going to give you some help by running you through the basics of how HVAC systems operate. By the time you’ve finished this article, you should know what your HVAC does, how most of the major components function, and when you should hire a professional to keep your system in proper running condition.

How Does an HVAC System Work? The Basics Explained 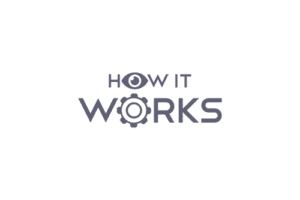 HVAC stands for Heating, Ventilation, and Air Conditioning. An HVAC system typically includes two major subsystems: your air conditioner (responsible for cooling the interior of your building and improving the air quality) and your furnace (which heats the space when the weather outside is cold). A central HVAC system uses the thermostat in your building to determine when one of these subsystems is needed, then activates it until the correct temperature has been achieved. Both the air conditioner and the furnace commonly use a series of ducts that run throughout the building to move treated air into various rooms and return vents that bring the air back to be reconditioned as needed.

The air conditioner in your HVAC lowers the temperature in your building by using a chemical called refrigerant. Refrigerant is most commonly made from Freon, which can easily undergo various state changes. As the refrigerant moves through an HVAC system, it’s subjected to several such state changes by numerous components. During these transformations, it also absorbs heat from the air inside the building and releases it to the outdoors—thereby cooling the interior of the building.

The components that allow this process to take place are as follows:

Major Furnace Components and Their Functions

When the weather outside is cold instead of hot, it’s time to use your furnace. The process by which a furnace functions is considerably simpler than the refrigeration cycle described above: most furnaces burn gas to heat air and then blow it into your space through the ducts. However, there are several important components required to make this process safe and reliable. Here are a few of the most critical:

When Do You Need Professional Help?

If any of the components listed above do not seem to be working correctly, it’s best to call for help sooner rather than later. The majority of components in either your air conditioner or furnace are designed to work in conjunction with one another—which means that a failure of any one of them can spell trouble for the rest. Better to spend the money it takes to fix one component now than to wait and face the costs of replacing all of them later. Take care to hire a licensed professional for any work you need so that you can trust them to be detail-oriented and by-the-book.

How Does an HVAC System Work? Now You Know!

Hopefully, at this point, you know a little more than you used to about what your HVAC does and what parts make it possible. Refer to this guide whenever you’re confused about the function of a major component in your system so that you can speak to your repair technician more clearly and understand the work they do.